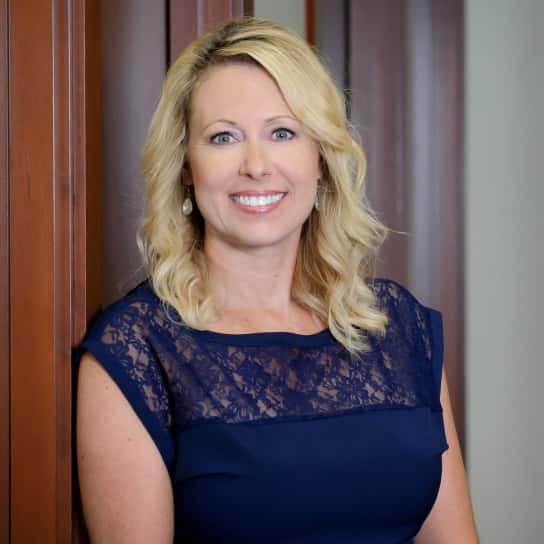 Courtney Arceneaux is a Loan Officer in the Houma Branch of Assurance Financial. She joined the team in October of 2011. She is a specialist in residential loan programs, and is licensed through the National Mortgage Licensing System. Courtney was the Top Producer/Mortgage Originator of the Year for the Houma Branch in 2014.

Prior to her position at Assurance Financial, she worked in the non-profit arena. She led CASA of Terrebonne and also started CASA of Lafourche, an organization to help advocate for abused and neglected children in the court system. There, she was the recipient of the CASA Executive Director of the Year in 2007. She also served the Louisiana Alzheimer’s Association for the Bayou Region.

Courtney received her bachelor’s degree from Nicholls State University, where she also attended for post-graduate work in Business Administration.

In her free time, Courtney enjoys spending time with her five children and her husband. They enjoy traveling and being outdoors.

Have you worked with Courtney?

Leave a review about your experience with Courtney. We’d love to hear from you!

Courtney was very professional and had all the answers I needed when I needed it. She is a wonderful asset to yo...

Courtney went above and beyond what a lending agent normally does. Awesome experience. Will be using her again a...

Courtney was very professional and pleasant to work with. Communication on point! Thank you for a smooth transac...

Your awesome! Thank you

Courtney you did an excellent job with this loan and we really appreciate all your hard work. Thanks again and ...

Courtney did an outstanding job!! She made the home buying experience so easy from start to finish. I will defin...

Very friendly, easy to work and communicate with!

Always great to work with😊

Miss Courtney was extremely helpful to me providing timely guidance throughout the home loan process. It was a p...

Courtney walked my Buyers through every aspect of the mortgage process for a smooth and satisfactory closing. Gr...