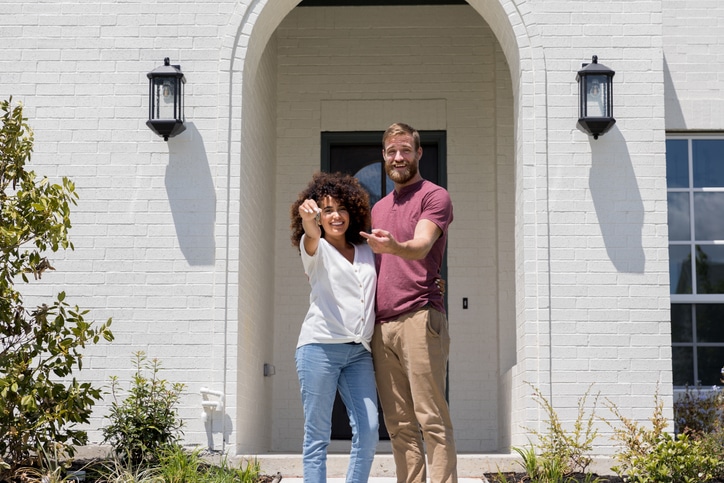 Prizes: One winner will be selected randomly and will receive one $100 (one hundred dollars) Home Depot Gift Card. Limit of one (1) prize per person/household. All prizes are non-transferable or assigned and no substitutions or cash redemptions; except at Sponsor’s sole discretion or as otherwise provided herein. Sponsor will not replace any lost or stolen prizes. All Home Depot gift card terms and conditions apply to the use of the prizes and are incorporated herein by reference. Each prize winner is solely responsible for all applicable federal, state and local taxes, including taxes imposed on his/her income. No more than the stated number of prizes set forth in these Official Rules will be awarded. All prizes will be awarded. Potential prize winners consent to the use of his/her name, likeness, biographical information, and voice in advertising worldwide without additional compensation (TN residents will not be required to sign a Publicity Release as a condition of winning a prize).

Conditions: All federal, state and local taxes are the sole responsibility of the prize winners. By participating in this Promotion, Entrants and prize winners agree to be bound by these Official Rules and the decisions of the Sponsor and Promotion Entities, which are final in all respects and not subject to appeal. Sponsor reserves the right to disqualify permanently from this Promotion any Entrant it believes has violated these Official Rules and verify the eligibility of Entrants. Neither Sponsor nor anyone acting on its behalf will enter into any communications with any Entrant regarding this Promotion, except as expressly set forth in these Official Rules. By participating in this Promotion, Entrants, and prize winners release the Sponsor and each and all of the Promotion Entities, from any and all liability, damages or causes of action (however named or described) with respect to or arising out of participation in the Promotion, and/or the receipt or use/misuse of any prize awarded, including, without limitation, liability for personal injury, death or property damage. Failure to comply with these Official Rules may result in disqualification from the Promotion. In the event any portion of this Promotion is compromised by activities beyond the control of the Sponsor which, in the sole opinion of the Sponsor, corrupt or impair the administration, security, fairness or proper play of the Promotion or this Promotion, Sponsor reserves the right at its sole discretion to modify, suspend or terminate the Promotion. Winning a prize constitutes permission for Sponsor and its agencies to use prize winners’ names, addresses (city & state), voices and/or likenesses for purposes of advertising, promotion, and publicity, for this Promotion only, without further compensation, unless prohibited by law. Sponsor may prohibit an Entrant from participating in the Promotion or winning a prize if, in its sole discretion, it determines that said Entrant is attempting to undermine the legitimate operation of the Promotion by cheating, deception, or other unfair playing practices (including the use of automated quick entry programs) or intending to annoy, abuse, threaten or harass any other Entrants, Sponsor, or Promotion Entities. If for any reason this Promotion is not able to be conducted as planned, including, but not limited to, by reason of infection by computer virus, bugs, tampering, unauthorized intervention, fraud or any other causes beyond the reasonable control of Sponsor which corrupt or affect the administration, security, fairness, integrity or proper conduct of the Promotion, then Sponsor reserves the right at its sole discretion to cancel, terminate, modify or suspend the Promotion and randomly draw from those entries received up to the cancellation/suspension date to award prizes. CAUTION: ANY ATTEMPT BY A PERSON TO DELIBERATELY DAMAGE OR UNDERMINE THE LEGITIMATE OPERATION OF THE PROMOTION MAY BE IN VIOLATION OF CRIMINAL AND CIVIL LAWS AND SHOULD SUCH AN ATTEMPT BE MADE, SPONSOR RESERVES THE RIGHT TO SEEK REMEDIES AND DAMAGES (INCLUDING ATTORNEY’S FEES) FROM ANY SUCH PERSON TO THE FULLEST EXTENT OF THE LAW, INCLUDING CRIMINAL PROSECUTION. SPONSOR’S FAILURE TO ENFORCE ANY TERM OF THESE OFFICIAL RULES SHALL NOT CONSTITUTE A WAIVER OF THESE PROVISIONS.

No Liability: By participating, Entrants and prize winners agree to release, discharge, indemnify and hold harmless the Sponsor, the Promotion Entities, and each of their respective officers, directors, employees, representatives and agents (collectively, the “Released Parties”) from and against any claims made by any Entrant, prize winner, or any other third parties, related in any way to the operation of this Promotion as well as any other claims, damages or liability due to any injuries, damages or losses to any person (including death) or property of any kind resulting in whole or in part, directly or indirectly, from receipt, acceptance, possession, misuse or use of a prize or participation in any promotion-related activity or participation in this Promotion.

It's easy to start - just click the button below to start the process.

We're here to help you! Complete our Contact Form and we'll make sure you get what you need.